In the midst of Hong Kong’s political protests, government crackdowns on public assembly have led to a struggle for anonymity.

This time it's not dodgy browser histories or ‘less than legal’ movie streams people are fighting to hide, but their own identities as AI led facial recognition cements itself into modern society.

The safety of protestors has taken a steep decline in recent weeks with police now treating every protest as an illegal assembly. Anyone caught taking part in these protests can face up to 10 years jail time and whilst police presence grows, the most prolific prosecutor looks more like this: 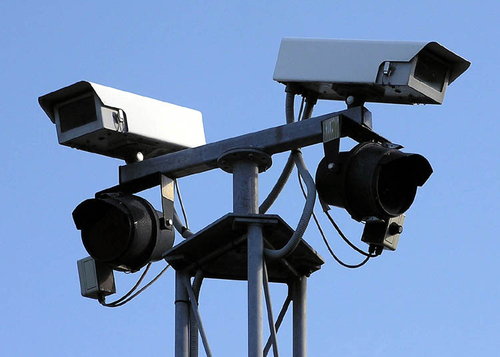 Police have been using the technology, dubbed iOmniscient for the last three years, and employees from the Sydney based AI company have trained law enforcement officers on how to use it for facial recognition purposes. iOmniscient scans footage, taken from CCTV units, to match faces and license plates to a police database and pick out suspects in a crowd. But that’s not it’s official use, in a rushed attempt at saving face, the government of Hong Kong have reminded the world that this software is designed for traffic management.

An excuse made slightly less believable now the country has recently banned face masks in public, as protestors that manage to return home from protests without arrest must now live with the potential for retrospective identification.

As big businesses learn more and more about our lives each day, even the biggest consequences felt here in the West pale in comparison to the potential harm we are seeing in Hong Kong today. Identification anxiety has reached boiling point, as protestors rely on umbrellas and outlawed facemasks to avoid ‘smart lampposts’ feared to be AI controlled facial recognition towers.

One group, armed with ropes and an electric saw, went so far as to topple one of these AI towers. But with Australian news reporting that a further 400 ‘smart lampposts’ are planned for installation, it seems the reach of AI will only grow across Hong Kong. With growing uncertainty on how dangerous this AI system could be without proper supervision, it’s time we heard from an expert.

When Elon Musk sat down with Alibaba’s Jack Ma to discuss the potential of Artificial Intelligence, the Tesla CEO reaffirmed his pessimistic outlook on humanity’s future relationship with technology. Whilst Ma took a more optimistic view, downplaying any threat of danger and encouraging people to avoid hysteria. Elon retorted:

“I don't know, man, that's like, famous last words. The biggest mistake that I see artificial intelligence researchers making is assuming that they're intelligent. Yeah, they're not, compared to AI. And so like, a lot of them cannot imagine something smarter than themselves, but AI will be vastly smarter—vastly.”

Perhaps our best hope for a safe future with AI lies with Elon Musk, a man whose recent self-imposed twitter exile lasted a grand total of 4 days. Fingers crossed he can refrain from insulting cave divers and lying to stakeholders again.

Click here to make your mark on the future of AI, and find your new role with The Bridge