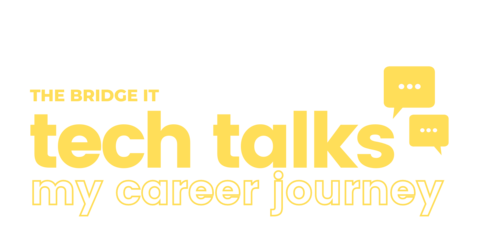 In our new series 'Tech Talks, my career journey' we'll be diving into the career journeys of individuals from across the tech industry.

Our aim? To motivate, spark curiosity and inspire.

By exploring the challenges, triumphs and experiences of our talent network, through this series we will highlight that there are opportunities for all in the tech industry. In a sector that has been traditionally seen as lacking in diversity, we want to inspire people from all backgrounds, genders, sexual orientations, ethnicities, levels of experience and education, to realise their digital ambitions. 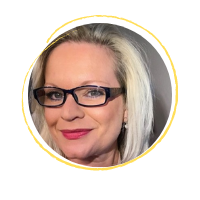 In this Tech Talk, Senior Recruitment Consultant, Sarah Copely, speaks with Emma Green, Cyber Essentials Assessor and Cyber Consultant Trainer about finding balance, working with her husband, role models, career paths for women in tech and learnings, from a 20 year career in the IT industry.

Sarah: What were your career aspirations when you were growing up?

Emma: My career has been a series of happy accidents really, nothing has been planned. During my A-levels I wanted to be a solicitor and I applied to read Law but unfortunately, I didn’t get the grades. At the time I was a bit of a Francophile so during clearing I went through the PCAS handbook and got into a Business Studies and European Marketing course that allowed me to spend some time in France which was brilliant. When I finished my three years it was the height of the 90’s recession so I took a job on a banking helpdesk and that’s really how I fell into IT. Then I went down a hands-on tech support route, attending a training course at QA. I loved the idea of standing up and training, so I started teaching night school classes at Bristol University and then went to work at QA as a technical trainer. It’s one of the most well-respected technical training companies that there is.
I had this burning ambition to be my own boss so in 1997 I went self-employed and to be honest I’ve never really looked back. I ended up with a courseware company and travelled all over the world delivering Lotus Notes courses to many companies and thousands of delegates.

After maternity I moved into an admin role with HP and one day I was chatting to a colleague in the office and she discovered I did tech training and they were desperate for IT service manager trainers. That led to several years of running technical service desk training and rolling that out. This slowly morphed into cyber protection training and I met my partner who is a data protection and cyber security lawyer.
So, with our backgrounds in the same area, setting up the company delivering cyber security and data protection training seemed like the obvious career path. I’ve also recently completed a post graduate certificate in Data Protection Law and Information Governance with commendation, so my career aspirations have actually kind of come full circle.

Sarah: What is the biggest challenge you’ve had to overcome?

Emma: Probably people’s perception. There have been countless times I’ve walked into rooms to deliver technical training only for the male delegates to be peering over my shoulder waiting for the instructor to walk in. I’ve had to work hard and prove that I can do the job which is reflected in the feedback I receive.
Once there was a delegate who pulled out my network cable from the instructor’s machine just to see if I could fix it. I was able to think on my feet fortunately and recover the situation and he was quite red-faced by the end of it. But many times, John and I have attended tech shows and spoken to various, mainly male attendees and they tend to want to speak to John and not me. I’ve gotten used it now. At the end of the day, I’m a 50% owner of the company and if you want to speak to him and not me then it’s up to you.

Years ago, what riled me was finding out that a male colleague was being paid double. We were the same age, he wasn’t as good at delivering training, and I can prove that because at the end of each course you get scores and he had to sit on the bench to get better while my scores were really high. It really annoyed and it was the driver behind me leaving and going to work for myself.

Sarah: What is your proudest achievement?

Emma: A few years ago, I co-authored an IBM Redbook, and these are considered to be tech manuals for techies. I spent three months in IBM lotus in Boston and I wrote the chapter on encryption. That gave me some huge kudos which led to some great opportunities.

Sarah: Who would your all-time role models be?

Emma: My role models have been less famous like my father and grandmother, both good businesspeople and close friends who’ve done well. I was surrounded by successful businesses growing up and the schools I attended kind of instilled in me a sense of wanting to succeed. I would say that’s really where my inner drive came from.

Sarah: What are your thoughts on work-life balance?

Emma: It’s really important to get that right and it’s hard to do. They complement each other. I personally think it’s harder to strike the more you work from home because there’s no delineation between the office and the kitchen table. My main advice is to be disciplined and switch off. Don’t be checking those emails on your phone and try to unplug. Set yourself some boundaries and try to do some exercise to clear your head. I’m guilty of trying to work too much and set myself really high standards. As this picture shows!

That’s in the maternity ward when my son James was born. I think I had 24 hours leave so I am bit guilty but it’s important to strike that balance. Fortunately, my husband and I are partners in business as well as life, so work really isn’t a chore.

Sarah: One thing you’ve learned in your career that you could pass on?

Emma: I’d say to respect others and try not to make any presumptions no matter what their job role is. My best friend is a doctor and she always says you need to be nice to the porters because they’ll always get you a bed when you need it. That’s really resonated with me and I try and life by that. Never underestimate people.

Sarah: You’ve forged a successful career in technology. In your opinion, is the industry now more accessible for women?

Emma: As a career path it’s more accessible for women now that it ever has been. It just depends if women want to go into it. Tech still does have a male-dominated image. To give you an idea I’ve been studying for a master’s in cyber security at the Defence Academy in the UK. At the first session I attended I was the only woman, there were about 100 men. This is one of the more managerial courses rather than a hands-on ‘techy’ kind of course, but even then there were very few women. I’m undecided if the male dominated image is the blocker, I think tech as an image needs to change in terms of what it can offer women.